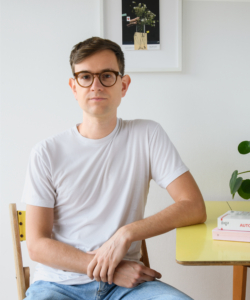 Hello. I’m a writer, critic, translator and researcher based in London. My work has appeared in The New York Times, The Guardian, The Financial Times, Frieze, Gayletter, i-D, and The White Review, among other publications. Previously, I was a culture correspondent in Mexico City and Digital Editor at Sleek Magazine in Berlin. I’m currently an ECA-funded Ph.D. researcher at the University of Edinburgh, where I have taught Visual Culture and French Literature. In a former life, I was a ballet dancer.